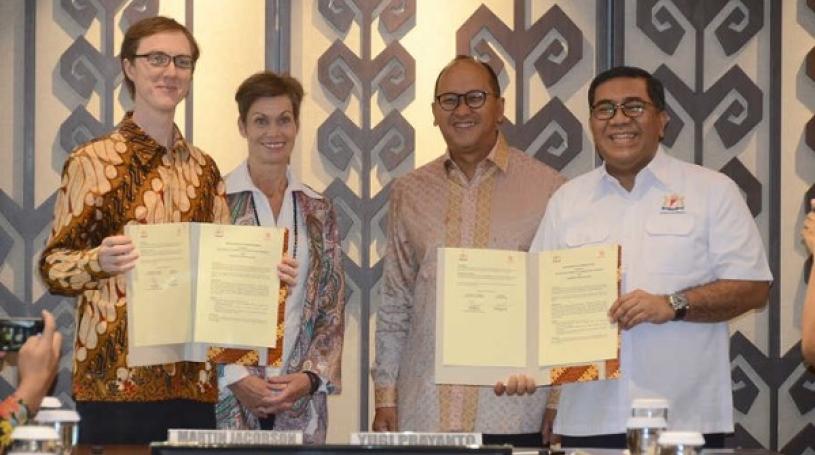 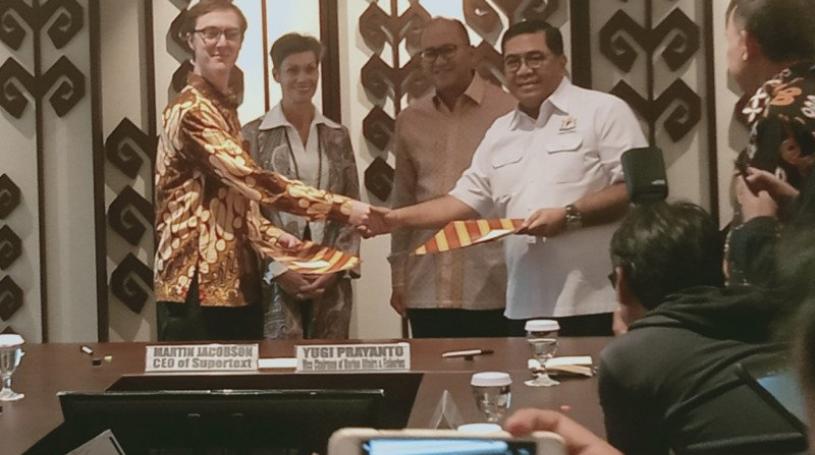 KADIN has agreed to cooperate with Sweden-based telecommunication company Supertext to boost digitalization in the country’s fisheries industry.

Under the cooperation agreement signed in Jakarta on Tuesday, the Swedish company will promote its messaging app to local fishermen to enable them to exchange and receive information about weather, fishing activities, safety and fish markets more effectively.

Kadin deputy chairman of maritime affairs and fisheries Yugi Prayanto said that Supertext would come in handy for fishermen, many of whom worked in remote locations because it had wider connectivity than competitors such as Whatsapp, Line and Facebook Messenger.

“It’s like Whatsapp but with lower connectivity needs and at no [extra] cost,” he said after the signing of the agreement.

Whatsapp, Line and Facebook Messenger are Indonesia’s three most popular messenger apps, according to the latest annual Hootsuite-We Are Social report.

Supertext chief executive officer Martin Jacobson said at the signing that the app currently had 7.1 million Indonesian users, including 280,000 fishermen, mostly in Sulawesi.
The startup has operated in Indonesia for seven years, during which the company has invested around US$10 million in building infrastructure.

Supertext offers wider connectivity than its competitors by tapping into 2G networks, which have a wider reach than the 3G and 4G networks used by competitors, while also offering group chat and image sharing services, neither of which are offered by the SMS services of 2G networks.

“Most people in Indonesia use [the app] in offline mode. It’s a bit of an unusual case,” Jacobson noted.

The WeChat of Indonesia
Going forward, he said he dreamed of turning Supertext into the “WeChat of Indonesia” whereby it could earn revenue from offering services on the platform. The company currently works with local telecommunication providers such as Telkomsel, Indosat, and XL to offer its 2G messaging service.